A scam in which the fraudster usually requires the victim to pay upfront a relatively smaller amount of money in order to process the payment of a greater amount of money. In some cases, the fraudster presents himself as a government/bank official who is processing the disbursement of a huge cash amount and requires the upfront payment of a “small” processing fee. The victim is promised a significant share of the cash once the disbursement is completed. The victim, of course, never receives this money. Once the victim sends money to the fraudster, the fraudster may require additional amounts of money from the victim ostensibly to cover unforeseen costs. 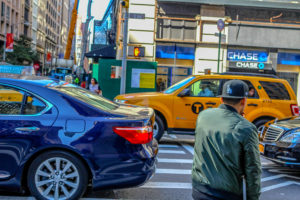 419 has successfully duped a large number of unsuspecting victims, most notably people in Europe and the USA. Interestingly, 419 is dependent on the greed of the victim, which makes it difficult for the victim to successfully prosecute the fraudster or retrieve their initial outlay. According to the United States Federal Bureau of Investigations (FBI), the Nigerian government has not been sympathetic to 419 victims in the past, since they conspired to transfer money illegally out of Nigeria. The whole scheme is a breach of section 419 of the Nigerian Criminal Code, hence the street term “419” for this kind of fraud.

So how does anyone avoid becoming a victim of 419? Fraudsters typically send out a large number of spam email in the hope that someone will respond. The emails typically describe various business ventures such as cash on delivery of goods or services, real estate ventures, purchases of crude oil at reduced prices, beneficiary of a will, recipient of an award and paper currency conversion.  It may sound overly simple, but the only way to avoid 419 is not to be lured by greed. Deals that sound too good to be true are usually just that—too good to be true.

According to the FBI, the following are tell-tale signs (red flags) of 419 fraud: