Financial Crimes Africa (FCA) was recently in Bagamoyo, Tanzania to conduct business consultancy services. One of these was a workshop for workers from government & public institutions under the theme  “Combatting Fraud in Government & Public Institutions”. 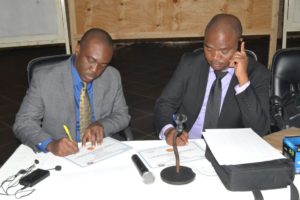 The workshop had the backing of government and the opening day ceremony was attended by Deputy Minister of State; Regional Administration & Local Government – Selemani Saido Jafo (MP).  The workshop was well attended by representatives from the following government institutions:

Pictures from the workshop: